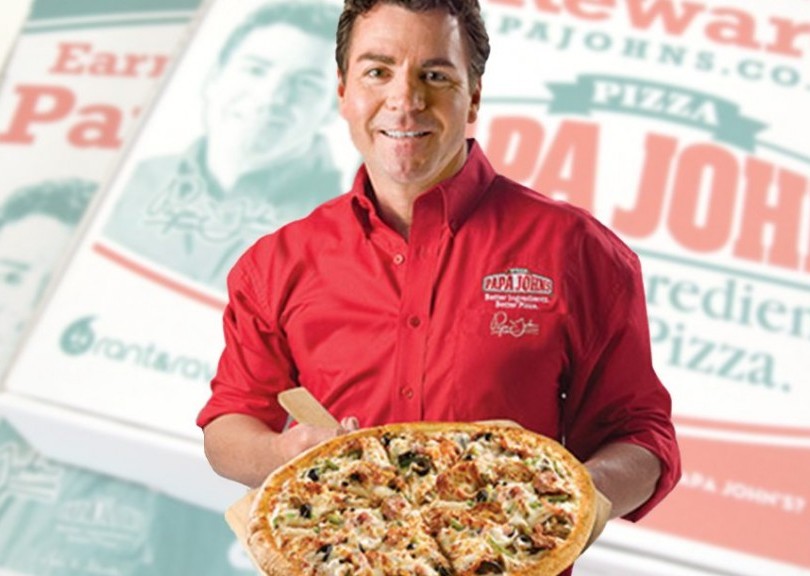 CARSON CITY, NV – A conference call with an advertising agency in which Papa John’s founder, John Schnatter, used a common racial epithet has turned into a firestorm of poor publicity against the company. The fallout has included a resignation from America’s most renown pizza peddler, a firestorm of angry tweets from customers with more vitriol towards the candor of its founder than the vomit inducing product they sell, and a pathetic attempt to win back over the public’s trust by making a laughable apology commercial. Papa John’s is in the kind of bad place only another 9/11 could draw the negative attention away from.

But, 2 years after an ugly divorce that left him renewing the lease on the two bedroom apartment he was hoping was temporary, divorcee and weekend dad Jenson Cargill, 39, says he’s not willing to give up on Papa John’s just yet.

“Yeah, I read the news. I know the founder said something or whatever. But I don’t care. I lost my family, my home, my comfortable life, and half my income to my wife. I will not give up my Friday night tradition with my kids. What am I supposed to do? Plug another pizza joint’s number into my flip phone?” Cargill asks.

Cracking open his sixth Miller Lite, he continued “If I can forgive my son for saying he likes mommy’s new boyfriend better than me or my daughter calling me by my first name, I can forgive John Schnatter for saying a word that every English speaking American has said at least once.”

He then mumbled something incoherent about everything he loves being stripped away from him before laughing at his own belch. For Weekend Dad Jenson Cargill, Papa John’s is more than just a meal. It’s basically the only thing he eats from Friday night, to Monday morning thanks to their 2 Large Pizzas for $7.77 deal.

“32 bucks for 4 pizzas? And they say money can’t buy your children’s love. Their mom won’t feed them pizza. Not unless it’s made of whatever the fuck keen-wah is. Not to mention they’re the only pizza place with the decency to include that garlic butter dipping sauce. I take that sauce and all my kids’ uneaten crusts from the garbage and heat it all up for a buttery Monday morning breakfast.”

After an elongated moment of silence, Cargill walked towards his bathroom where he began repeatedly punching the door jam yelling “We better not find out the guy that invented Slurpees was a rapist or something because if you take that from me and my kids, I swear to God! I’d grab a gun and end it all. If my life insurance paid out on suicide.”

With what appeared to be a broken knuckle, Cargill abruptly ended the interview, asking our reporter to leave.