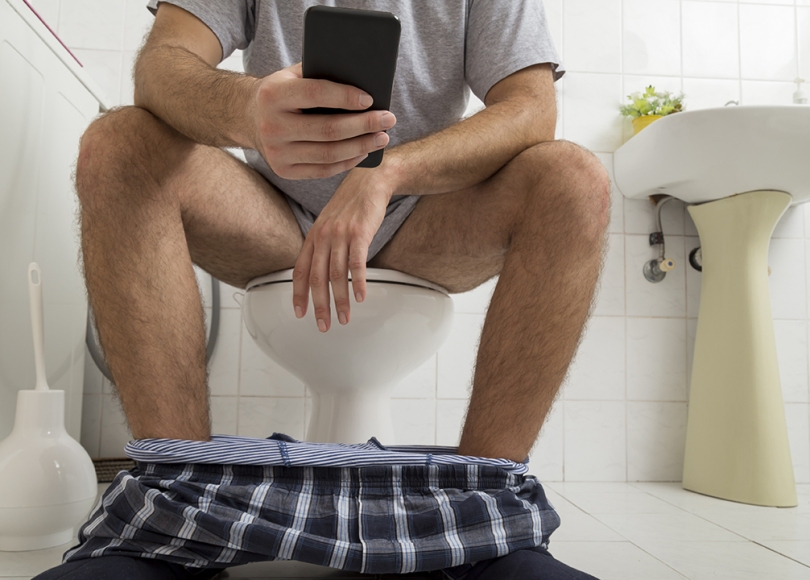 SANTA FE SPRINGS, CA – That’s the question on the lips of all three Salvo children aged 7, 5, and 2. Victims to the potential hate crime that is their father’s abject refusal to admit he can’t eat dairy. “His first word was ‘stinky,” says Monica Salvo, 39, of their youngest. “For some reason he’s just decided he doesn’t need to close the door when he shits anymore.” Monica continued about her husband, motioning towards him, sitting across the room, beyond the wide-open door of an en suite, deep into his Instagram feed, creating a poison cloud that is slowly overtaking all breathable air in the family’s master bedroom. “The smell is bad, but the sounds,” she says, gagging. “He didn’t used to do this.” She hurried the kids away as what can only be described as slow, punctuated, man-queefs echoed within the bowl, only slightly edged out by his grunts, which were muffled under the palm supporting the index finger in his nose. “Stinky” the 2-year old lets out, complete with waving hand gesture “Why won’t daddy close the bathroom door?” he continues. Monica recalls his sudden disregard for modesty starting sometime during the second trimester of her third pregnancy. “He was trying to be so helpful with the kids. One night he figured out he could read to the older two from the bathroom and put them both to bed at the same time and…” she smiles with a deep fondness before continuing, “that’s why I married him. His problem solving skills.” She allowed herself a blink’s worth of longing before moving on with, “He says he felt so free! And every single time –every [expletive] time!– he solves a problem he creates another one and, now, I can’t walk through my own house with the common expectation of not smelling 40 year old man shit. How do you like that?” she gritted through a forced smile. “You’re potty training the young one, you hear me?!” she yelled back into the distance as we all awkwardly escaped out the back door.